Compression is often used to control the dynamics of an audio signal. One can look at it like a automated volume rider. The use of compressors in digital audio can also be very helpful to control strong peaks. By controlling the peaks, more quiet sections can be raised without having the peaks clipping the output.

Another reason for using compression is that our ears have built in compression. Our ears dip and self adjust the volume when hit with strong and loud signals. In order to make recorded sounds more pleasing to our ears, the right usage of compressors can be a very musical tool.

All types of compression will effect the dynamic range

This is a well known image but usually the threshold is set on the x-axis. For the purpose of this document, I think it might be easier to understand Threshold if it's related to Level (y-axis)

The compressor kicks in when the audio signal reaches the threshold. Attack decides how fast to gain reduce and the release tells the compressor how long before release of the reduction.

Formula to Calculate Time in Relation to BPM

How long is a beat? Example, four on the floor: 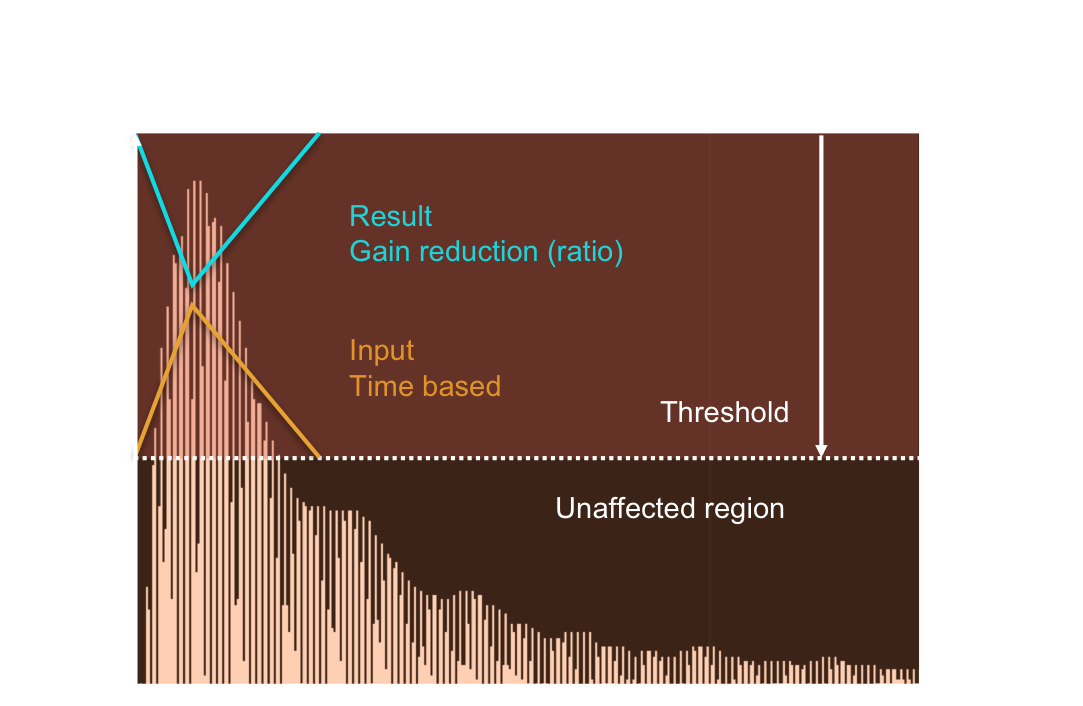 Set a fast attack time, use exaggerated threshold to hear what it is happening, then back off. If the compressor has settings for it, let the compressor listen to PEAK instead of RMS. Use the Release to decide how quick the compressor should let go.

The trick here is to set a high ratio and balance with the threshold so that the compressor only catches and effects the peaks of the transients. Please note that a very low attack setting can cause the compressor to sound really bad, try 0.5 ms instead of 0 ms and experiment with the release time to make it sound natural.

Catch the peaks settings with a fast type of compressor 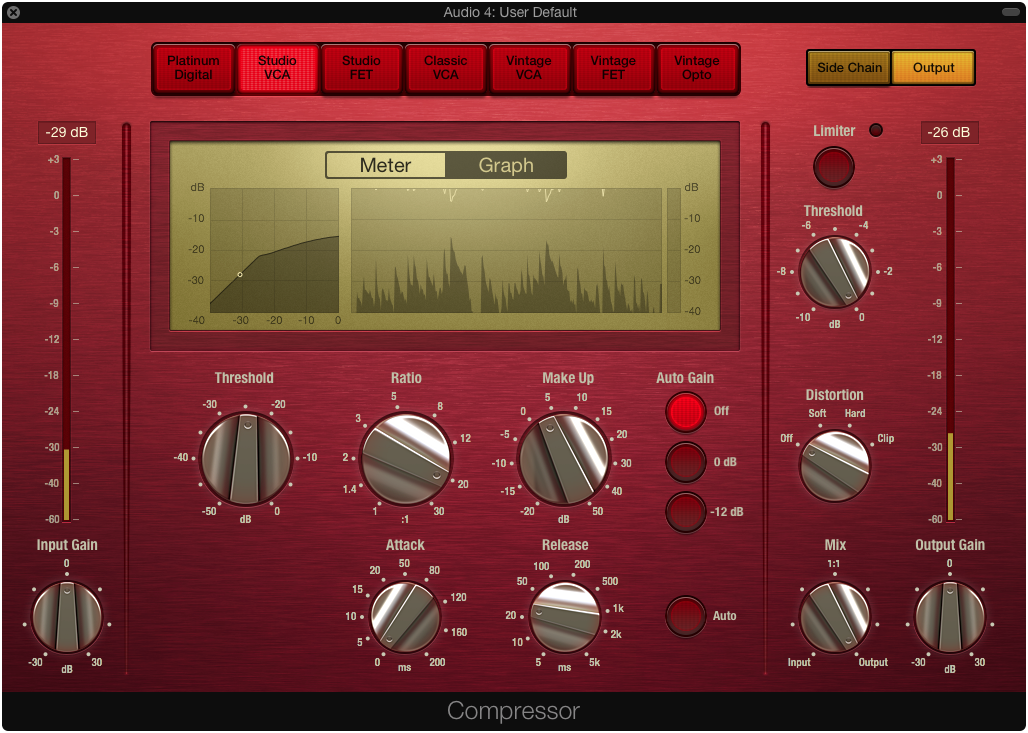 Not all compressors do this job well. It is easy to make the sound worse using this method. You can hear distortion when the attack time is to small. Try backing off attack just a little and balance the release time.

I have tried using limiters for this method but the peaks really gets chopped off. It might sound OK but does not look so good on the waveform. 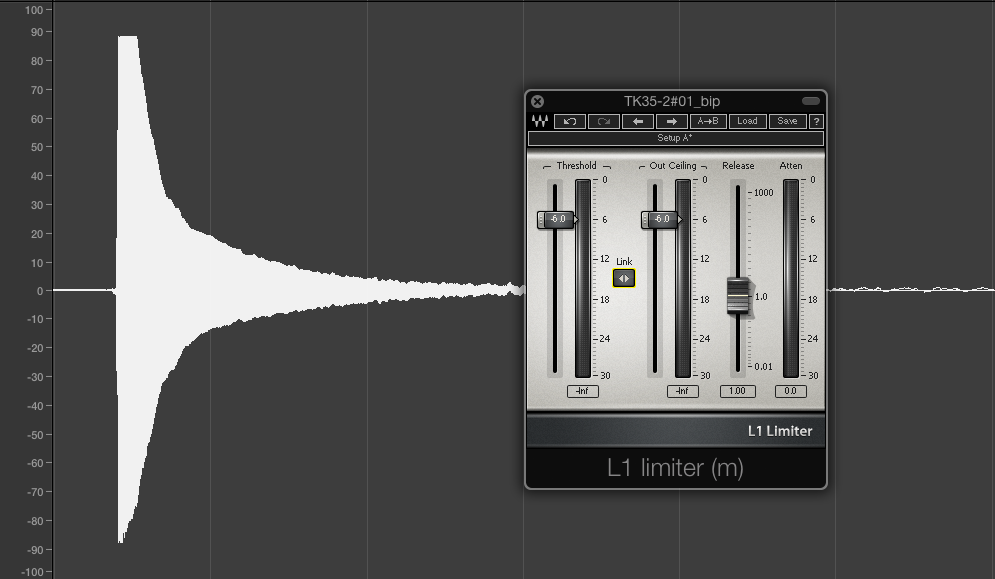 Another option I would recommend using is volume automation if the source material has just a few peaks that needs to be controlled. 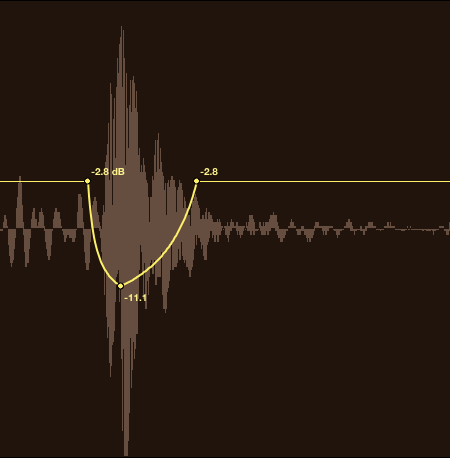 Volume Control
even out general levels

Slower attack, slower release, soft knee. Think of it as a volume rider

Example settings for averaging out volume differences. In this case it might be good to choose a slower compressor, longer attack and release time. Usually you don't want to effect the transients with this compressor. All settings, especially threshold is totally dependent on the source material. The example below depicts settings for a slow picking acoustic guitar 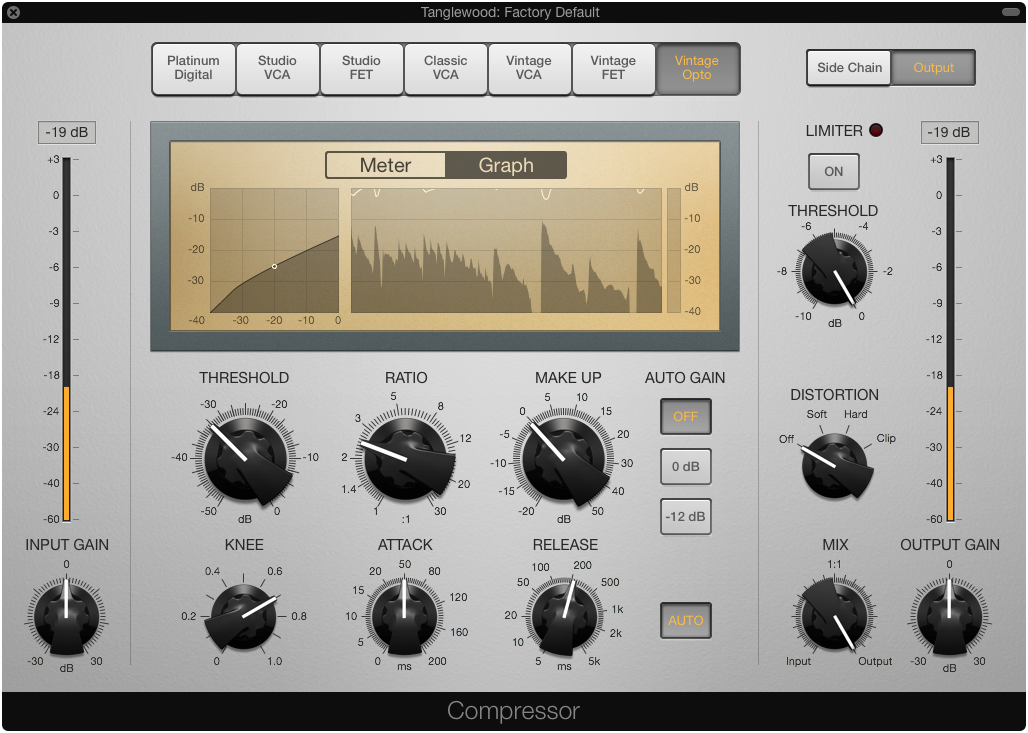 Use two Compressors instead of one

Often it is better to use two compressors instead trying to do everything with just one. Use a combination of the two approaches described above. Typically you would want to control the peaks first. Please note that any type of clean up EQ should be used before the compressors. You do not want to hit the compressor with any unwanted material

The important thing to remember is that you only want to catch hard hitting peaks with this compressor, the rest should be untouched. Use the threshold to detect the peaks and set a high ratio. Balance the settings according to source the material so that the compressor works as transparent as possible. 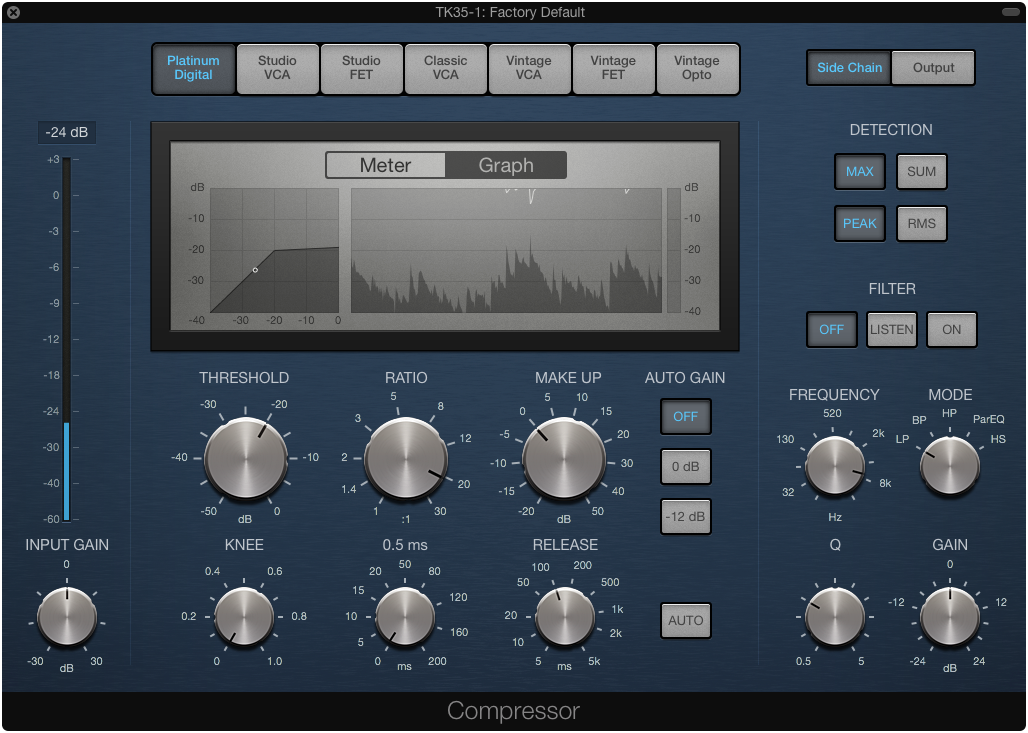 I would recommend turning the MAKE UP auto gain to OFF and using A-B listening instead to determine if the compressor is working as intended. Otherwise auto gain will fool you making you believe your work is done (louder sounds better). At this stage, loudness is better controlled with faders.

Use a slower compressor (RMS detection if available), set a longer attack and release time, moderate ratio and find a suitable level with the threshold 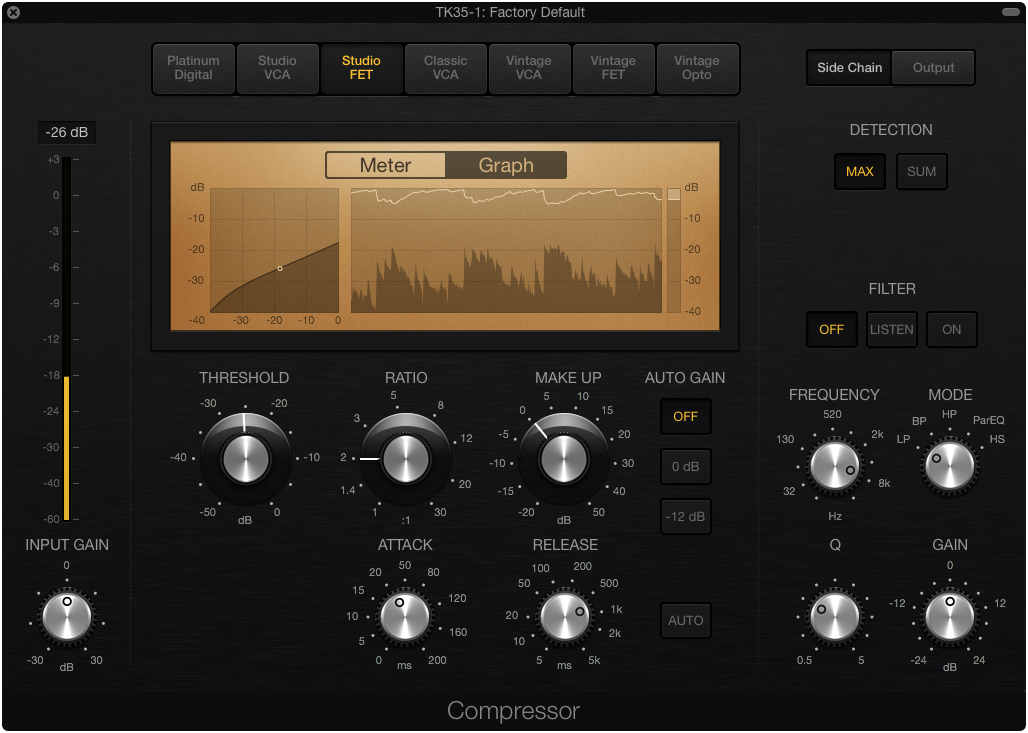 At this stage I would highly recommend trying different types of compressors. If you want to color your sound with compression, this is the place to do it.

(hover to see the result of a two stage compression)

The compressed signal looks more quiet (and is in numbers), but in context the result is perceived the same because the appearance is of a more consistent performance.